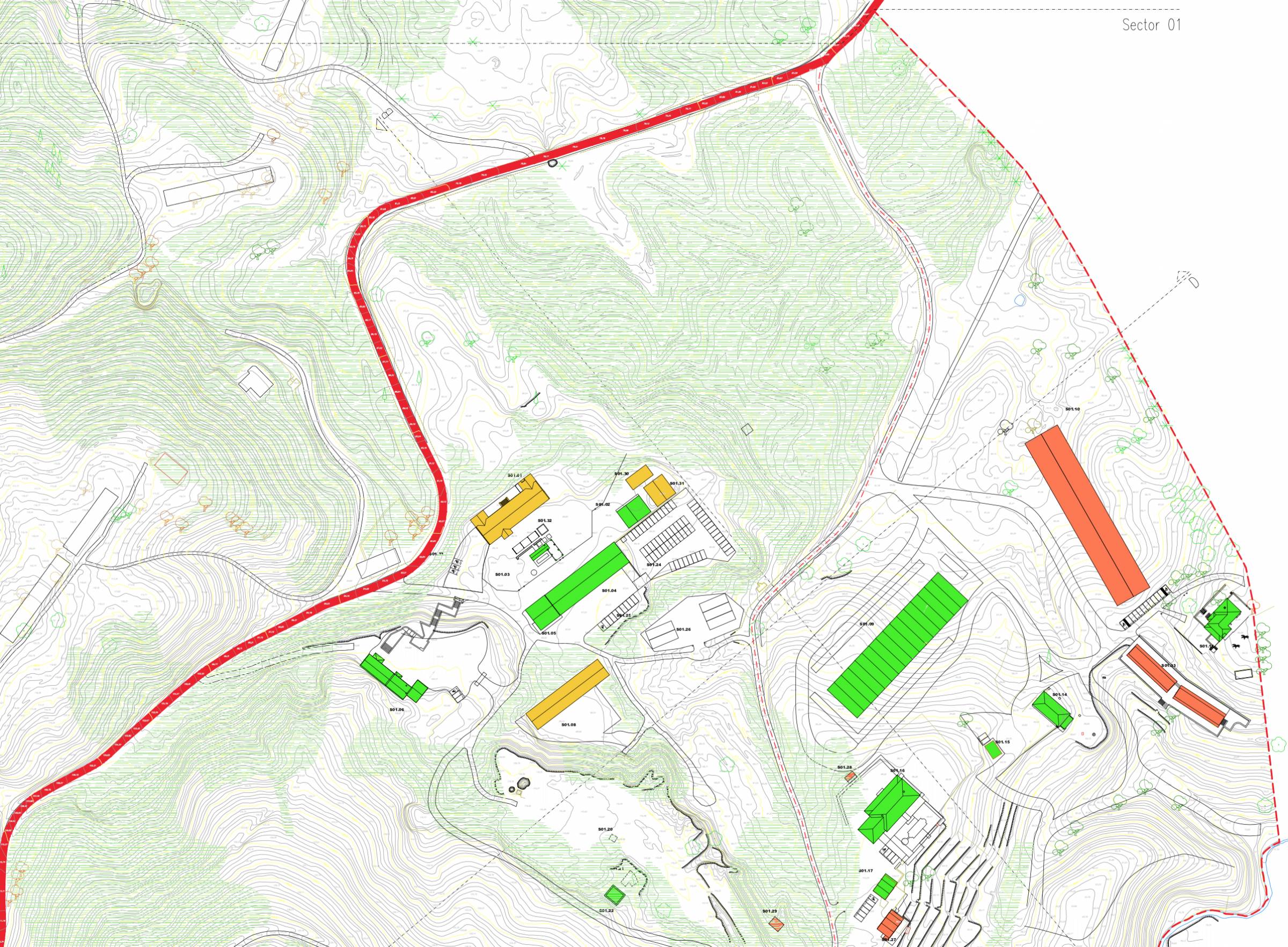 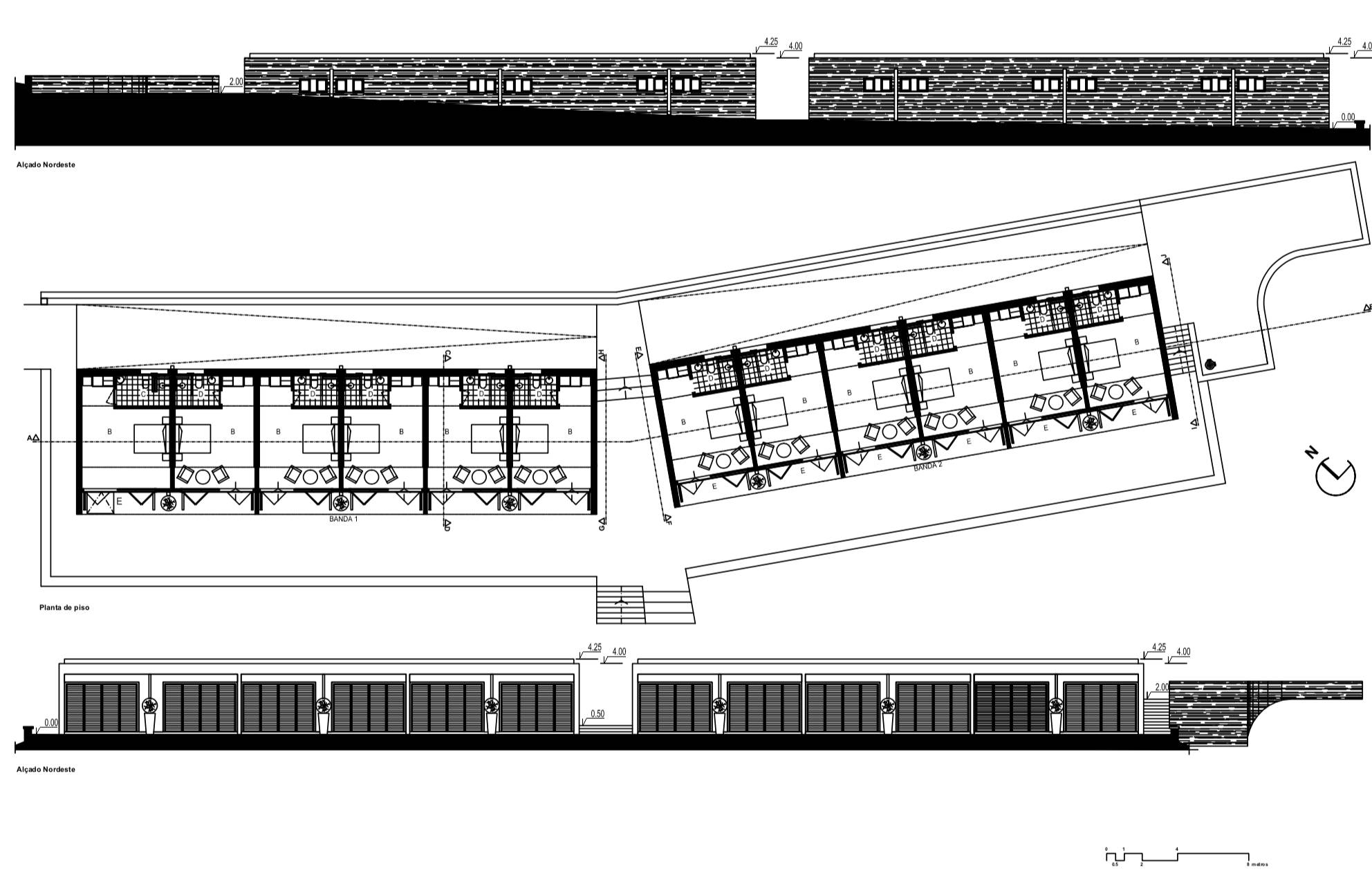 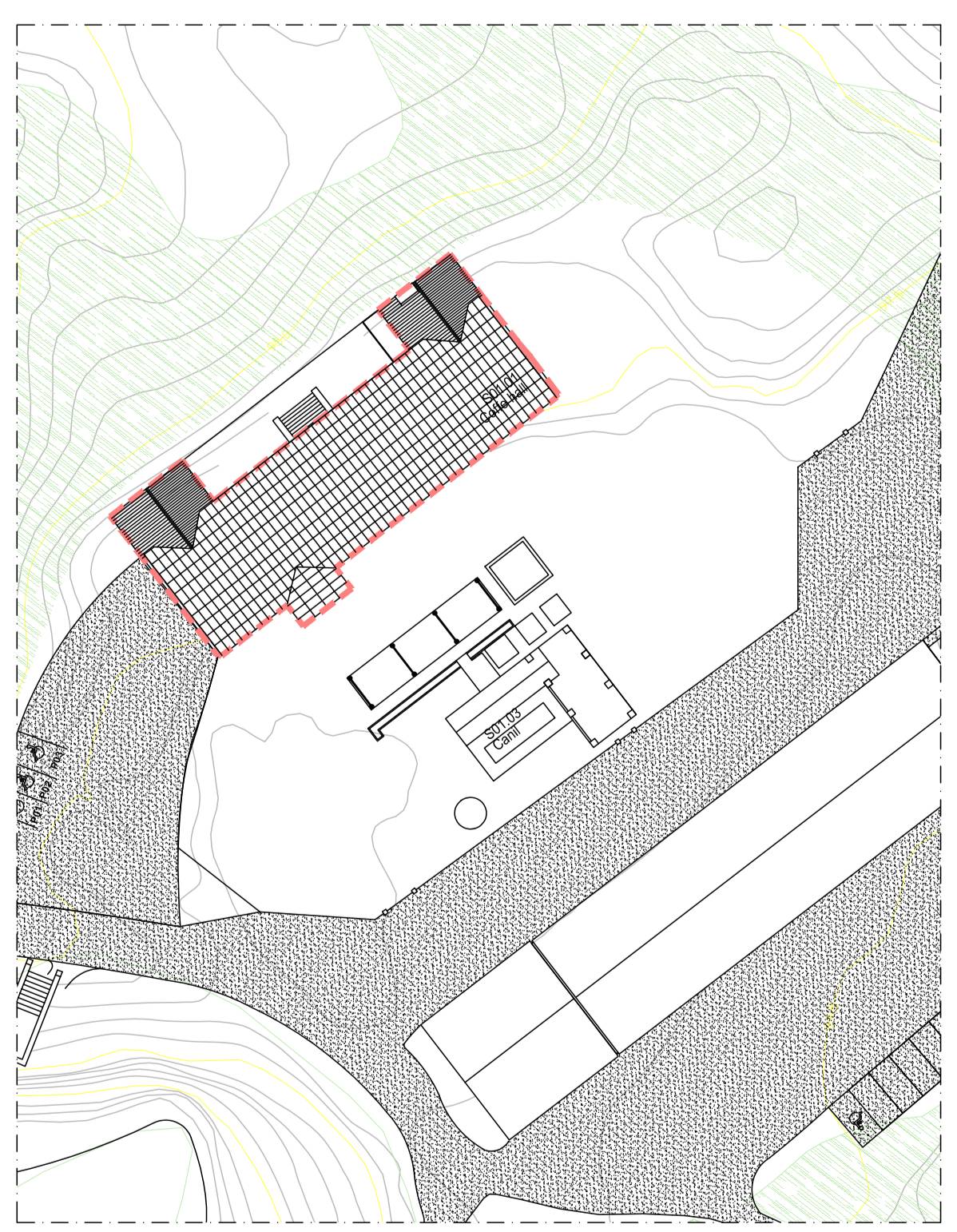 Regeneration of old mining land and construction of an agritourism estate in Grândola.

The object of this project is the construction of an agritourism estate in Grândola, and aims to rejuvenate a large area of land that had previously been a mining village, designated as "Minas da Caveira."

"Minas da Caveira" became an active mining site in 1863, soon becoming one of the main economical activities in the county. But in 1960, because of its productive decline, the pits were closed down, leaving behind an extensive abandoned property.

At their highest, however, the pits had created an independent mining community, who built houses and facilities such as a school and a canteen. Although part of these constructions, when recently found, were already in process of decay, many survived and were found in a state that allowed for their recovery.

The project has aimed to honour the historical landscape components by creating a harmonious and symbiotic relationship between the pre-existent constructions and the newly built ones that present an Oriental aesthetic.

The final product envisions a mixed composition of housing units and supporting structures for the agritourism activities — such as a reception, warehouses, and greenhouses. The goal is for the visitors to get the most out of the landscape by being comfortably supported in every way by the property's facilities and resources.

As such, the first phase of the project has focused on creating accessible pathways, a playground for the children, a cafeteria/common sitting area, parking lots, and diversified tree plantations. During the second phase will begin the construction of new housing units.