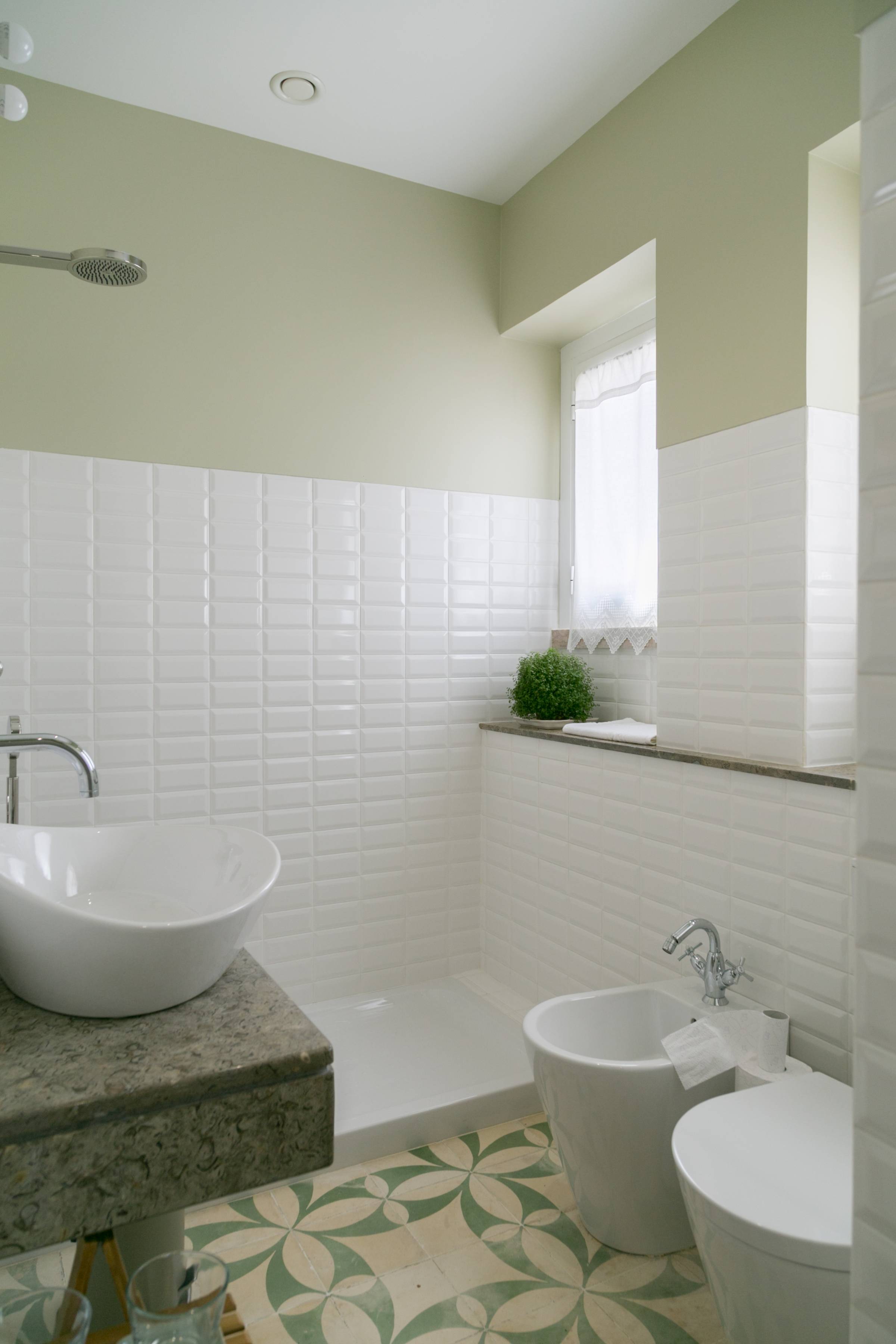 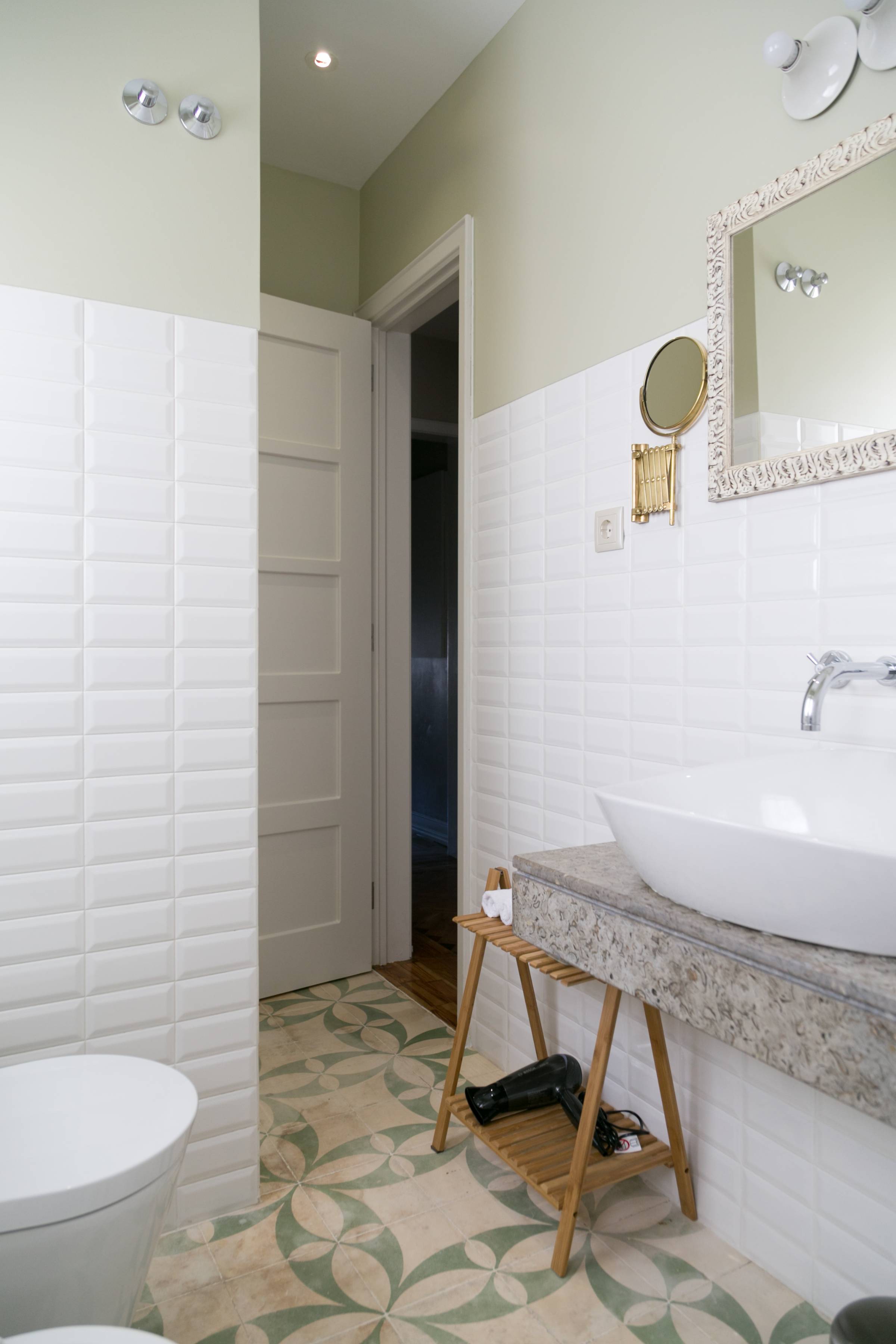 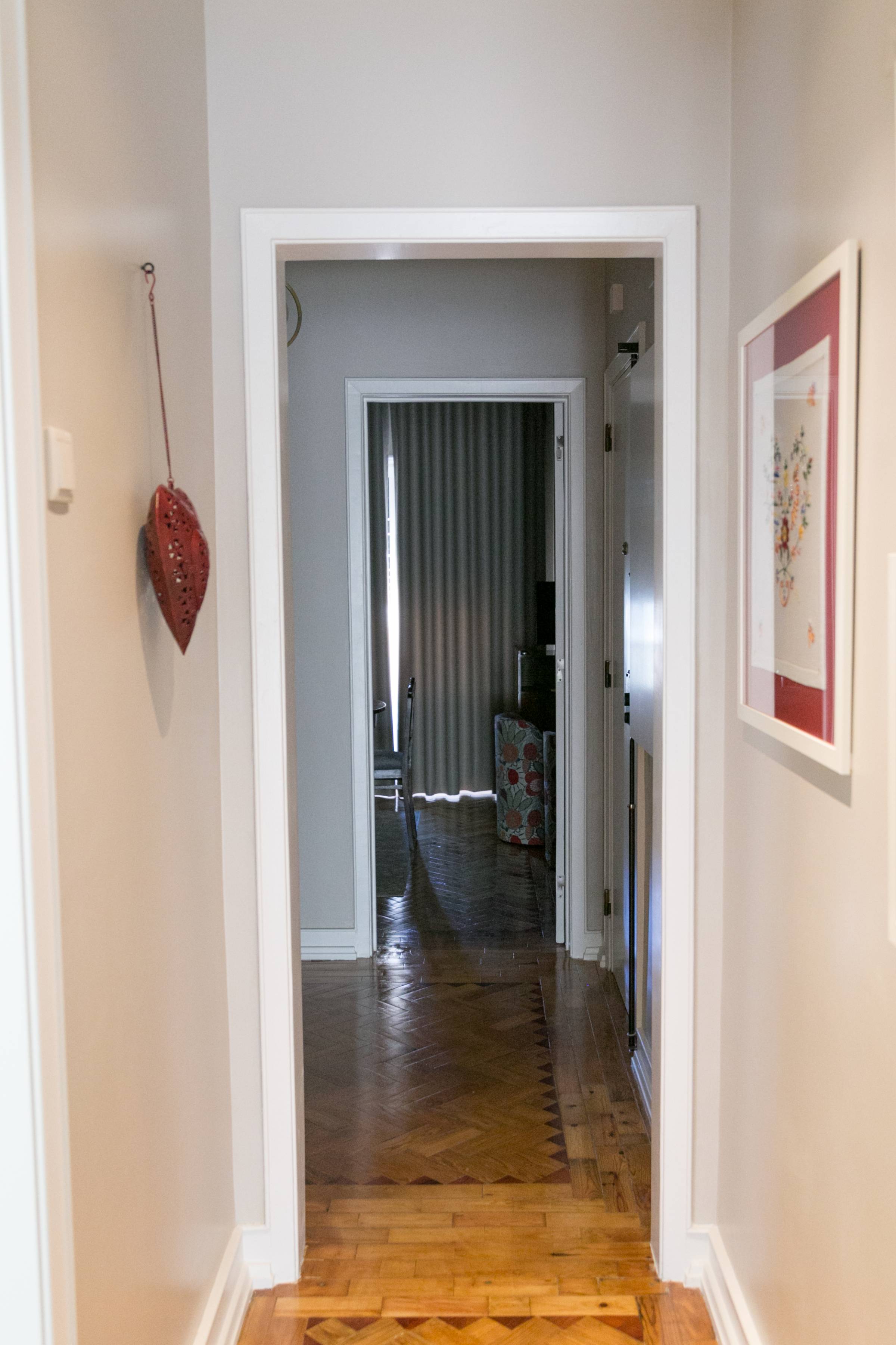 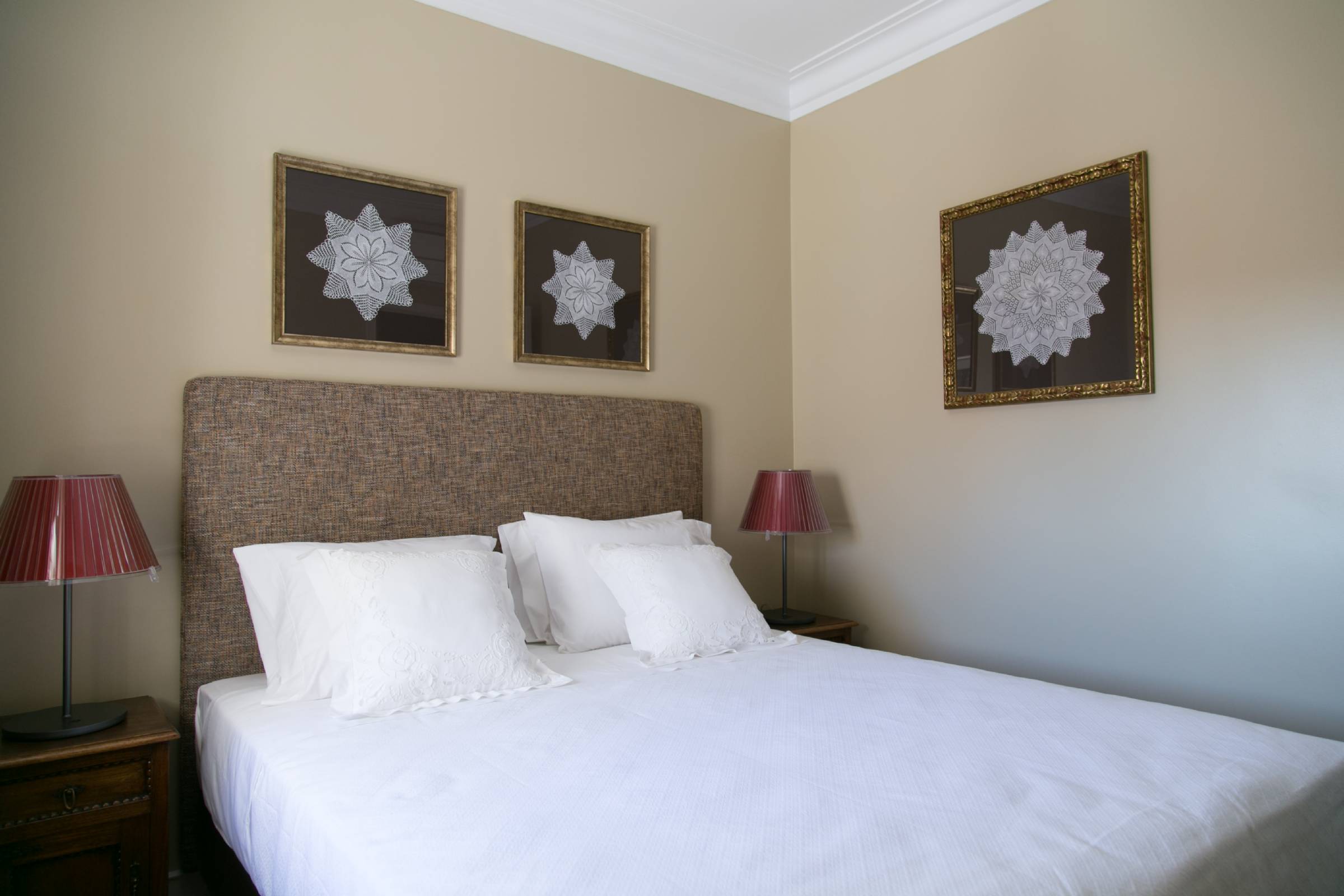 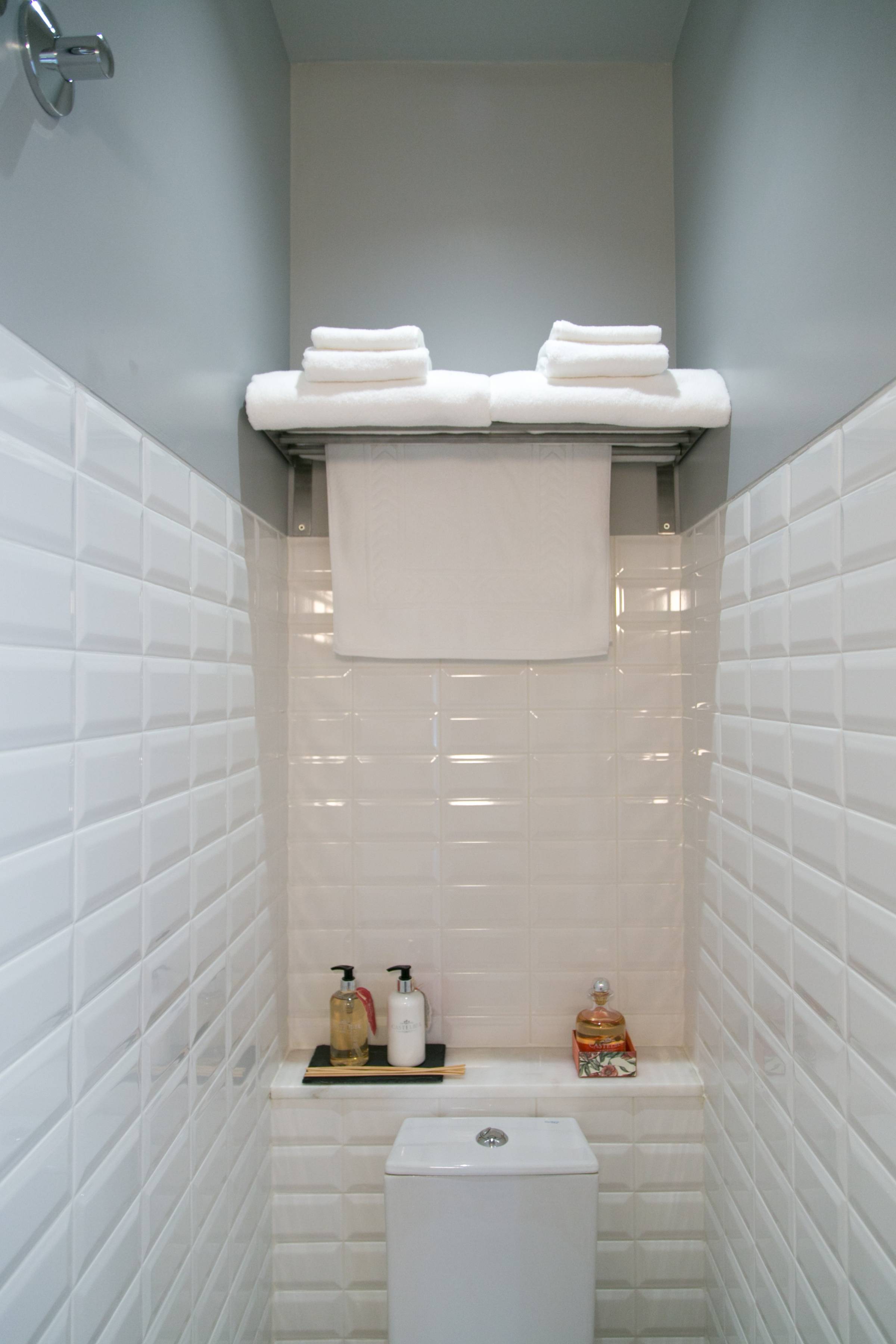 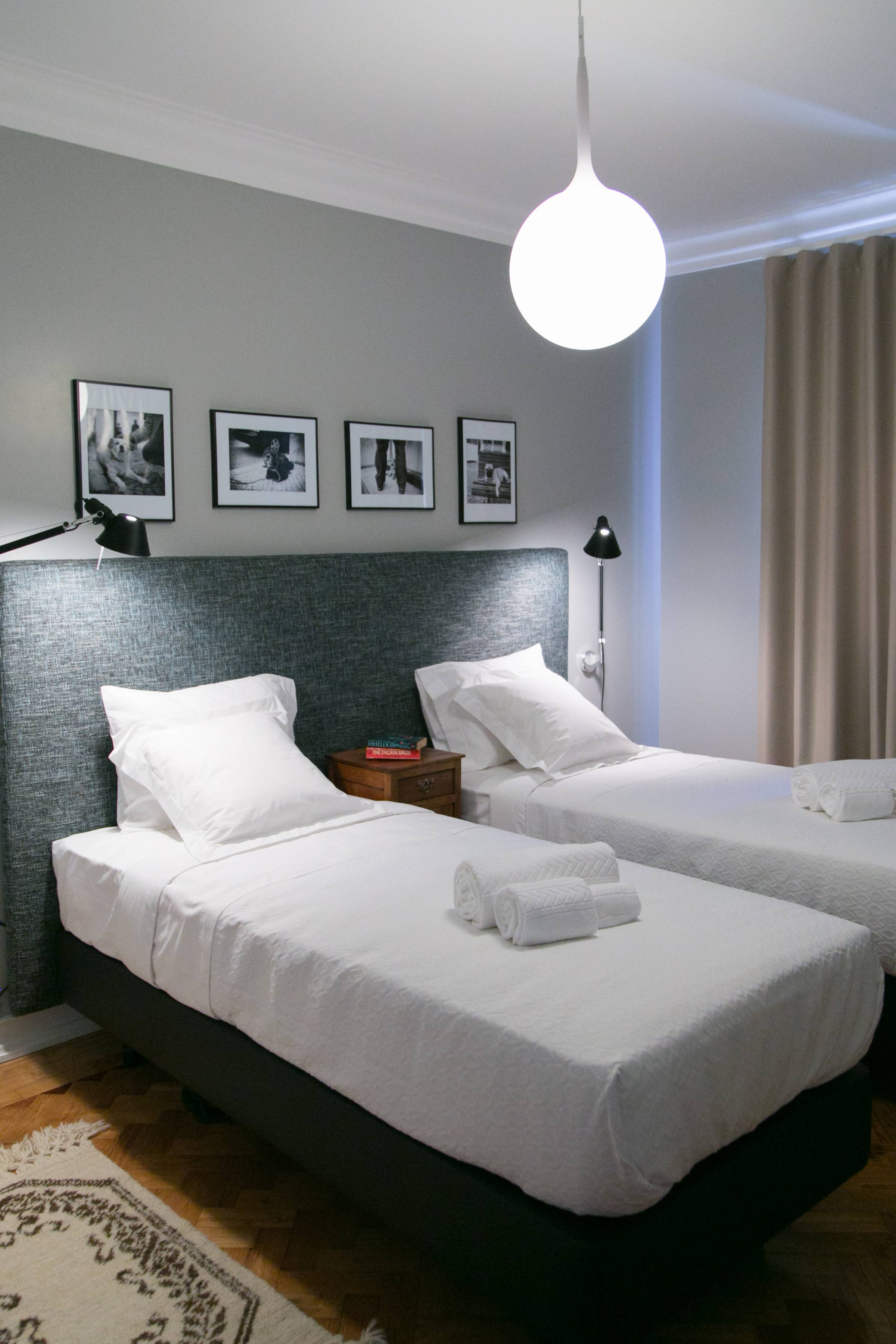 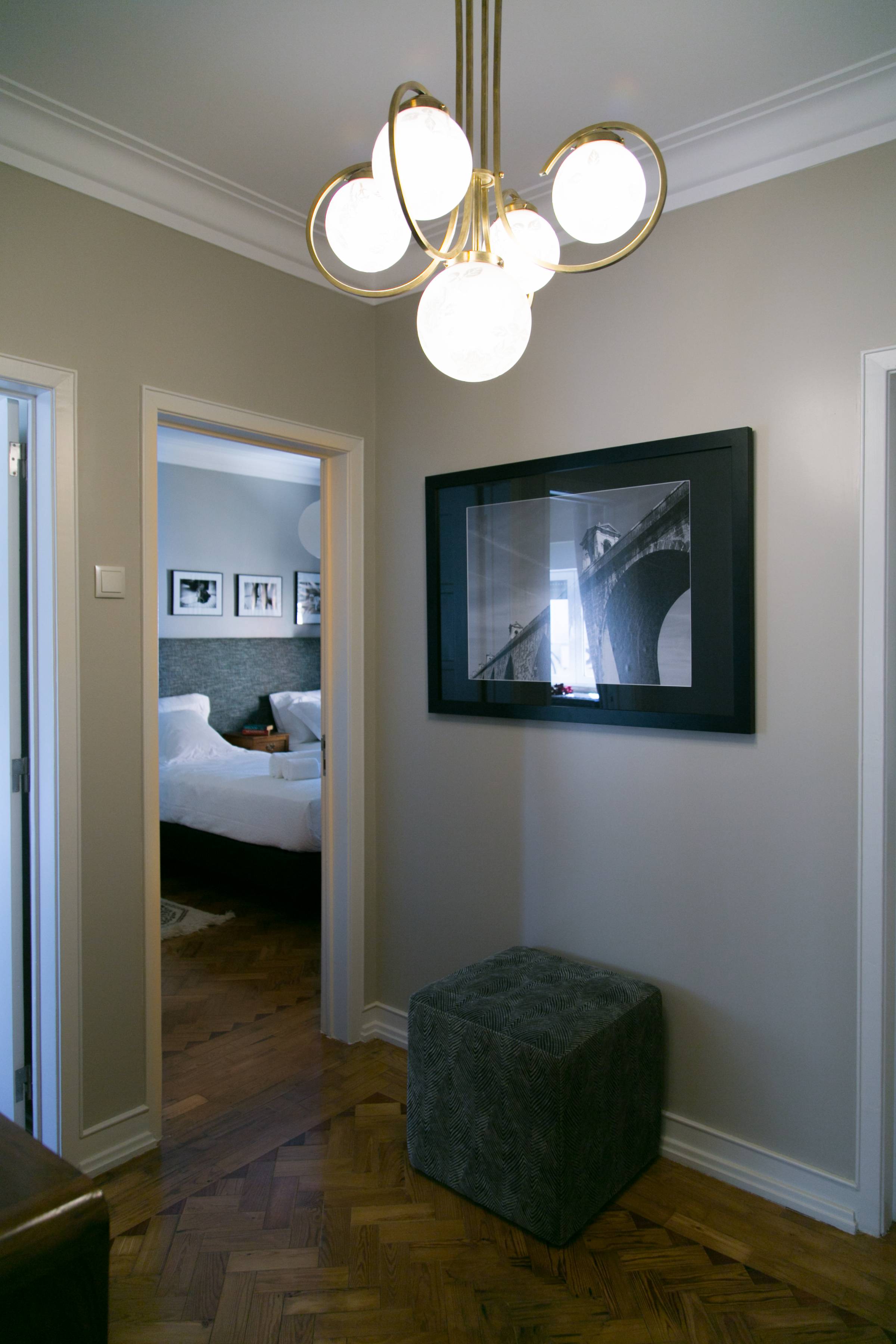 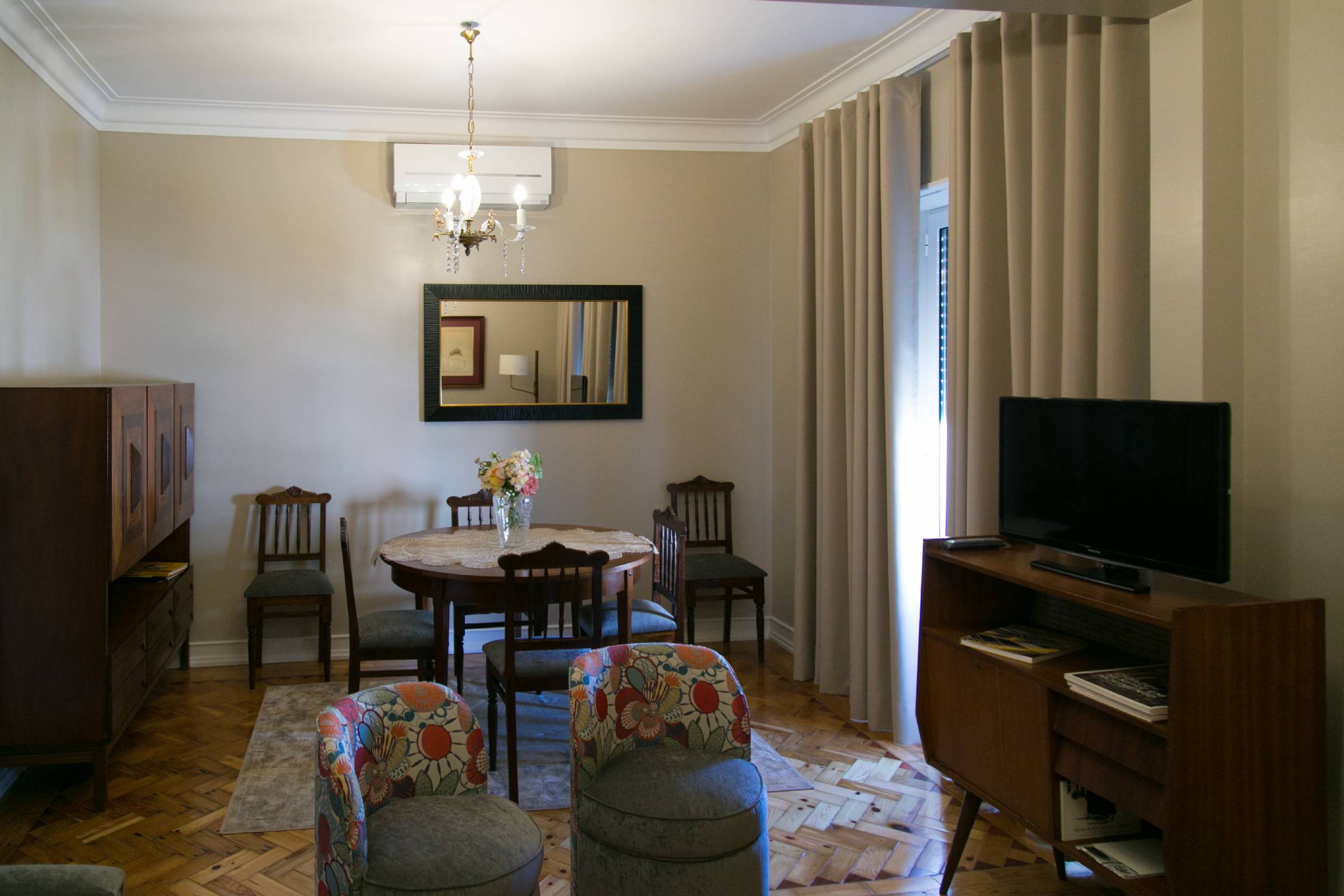 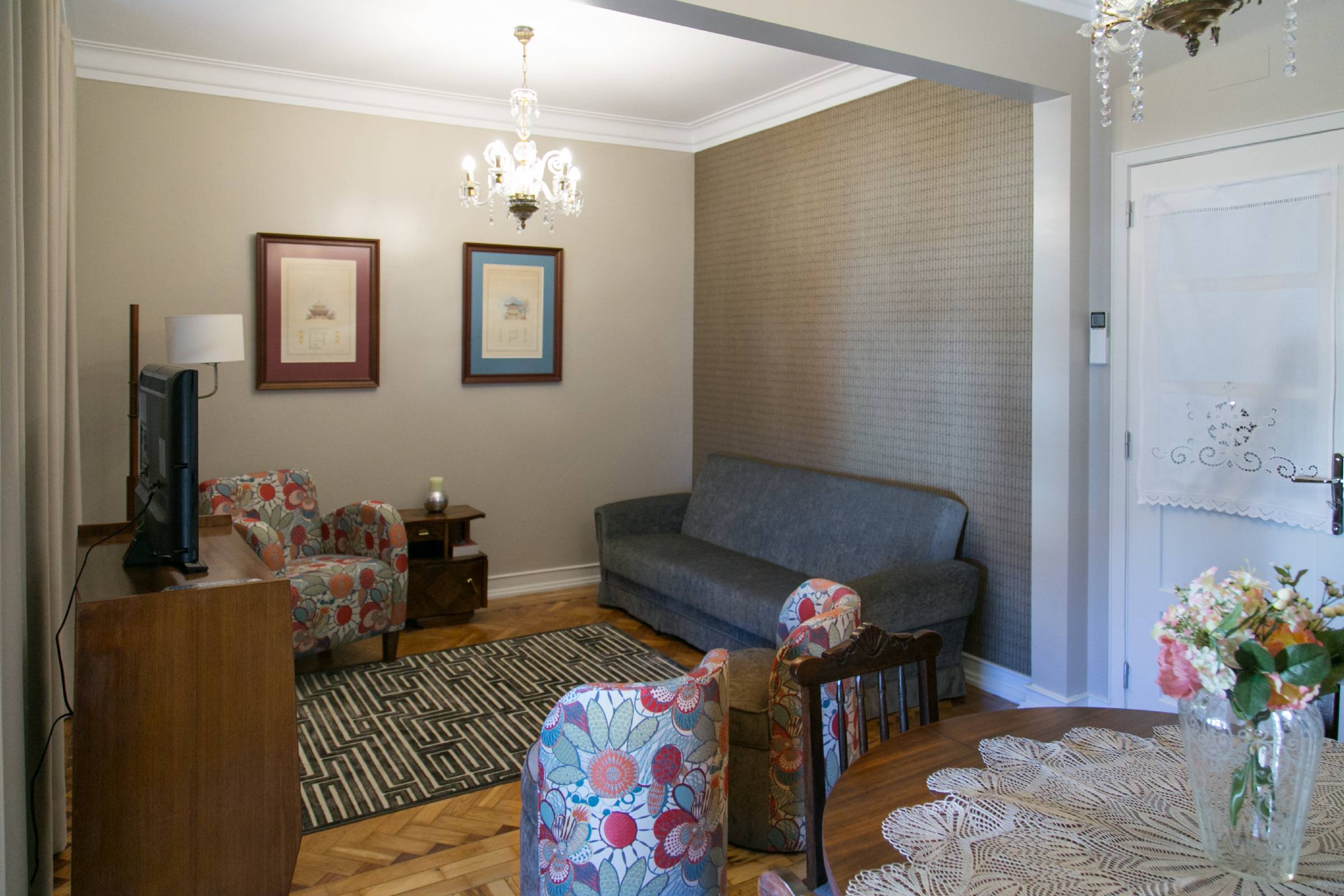 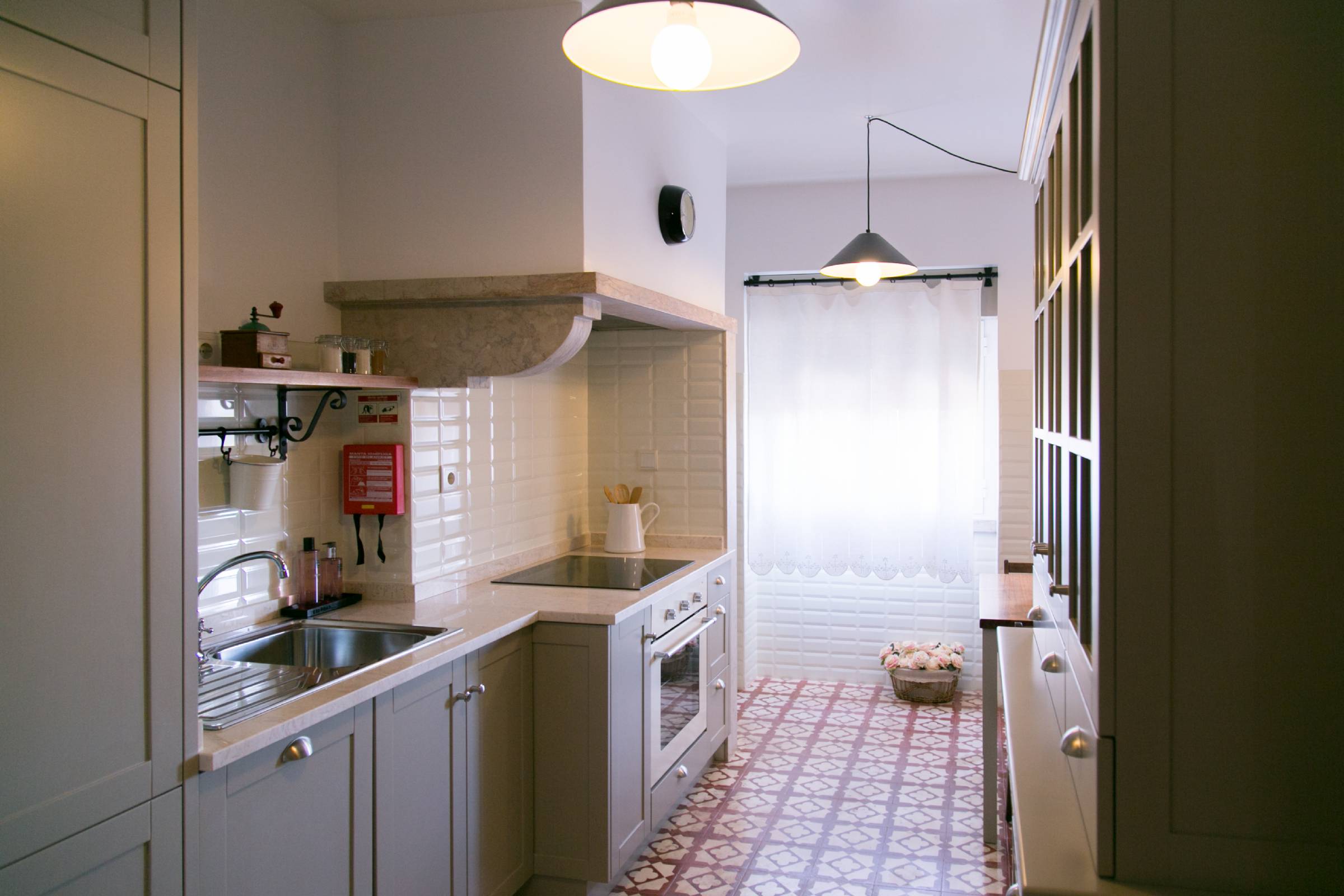 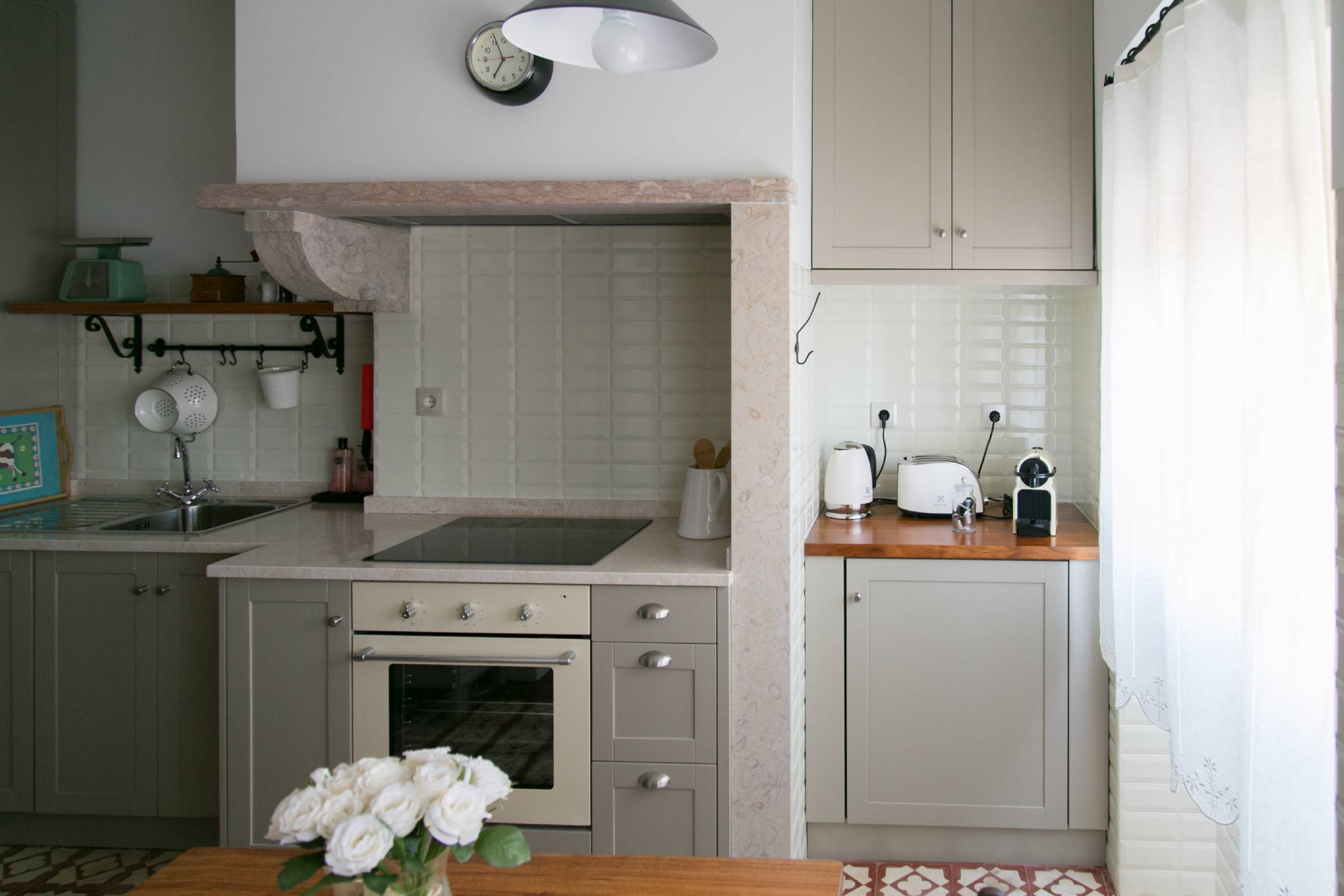 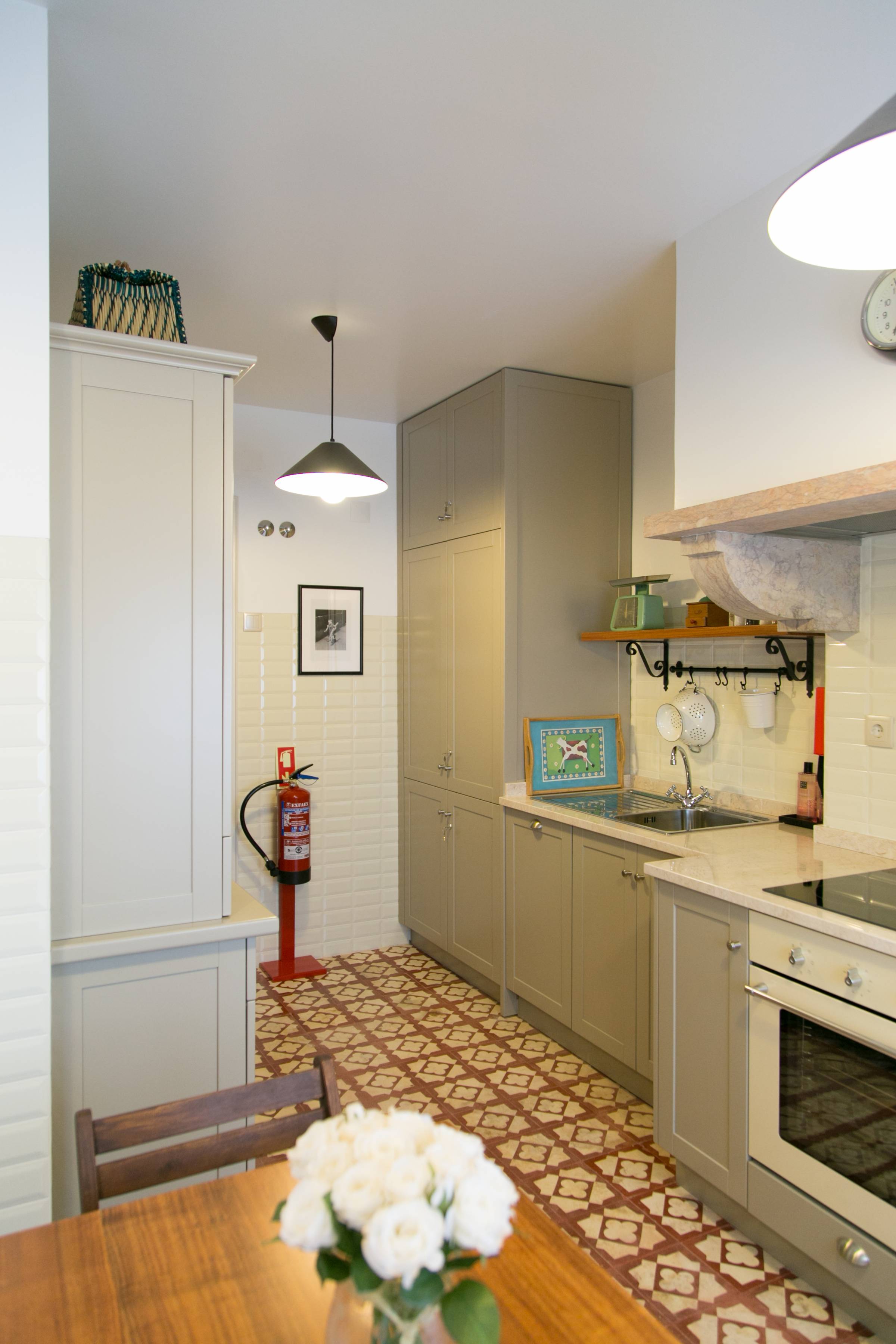 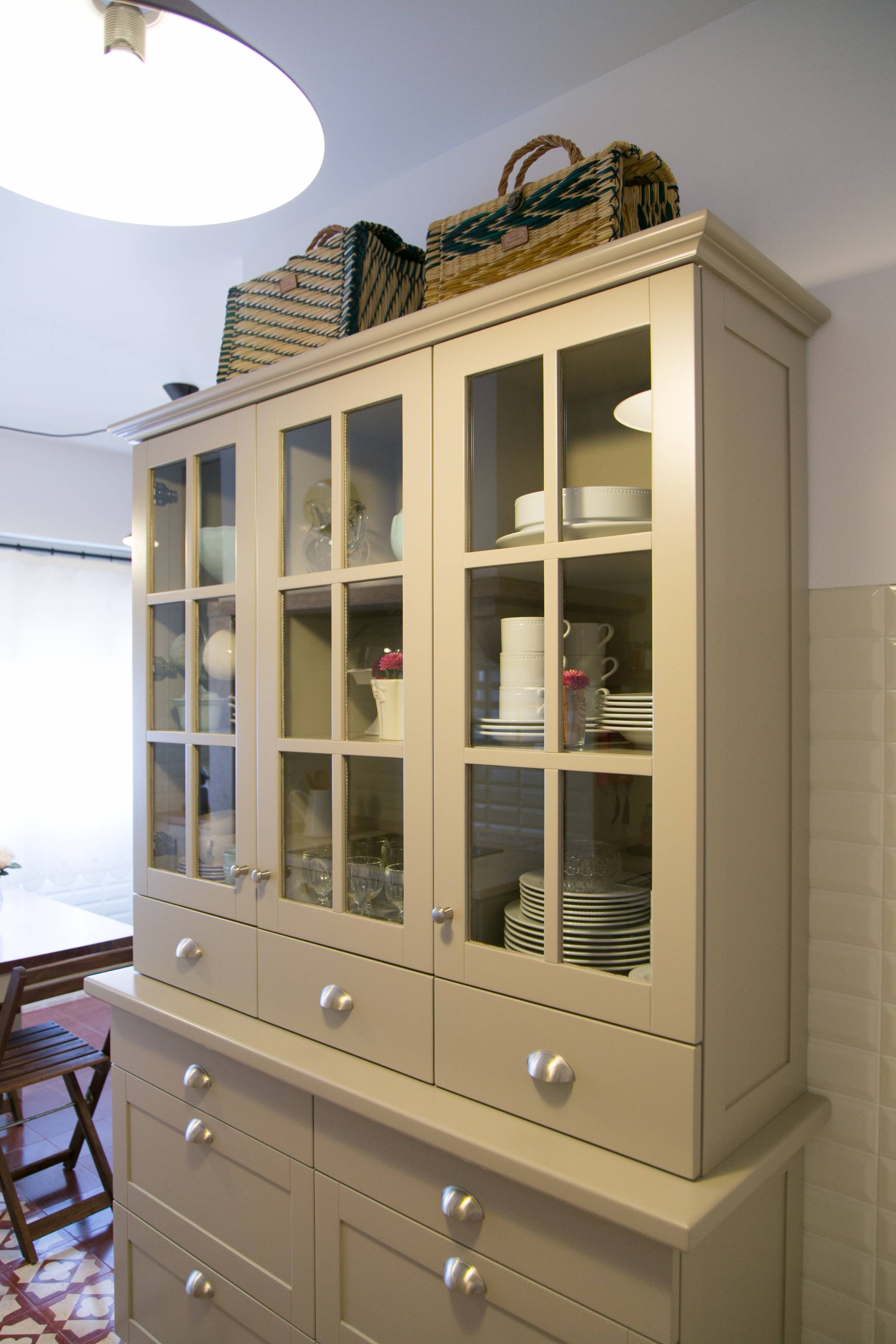 Restoration of a highly decayed apartment located in the Campolide neighbourhood.

Despite the level of decay in which we found the apartment, as a result of poor maintenance, infiltrations, and abandonment, the wooden doors and floor tiles in the kitchen and bathrooms remained intact and well preserved.

The apartment looked similar to other apartments from the period of the 1940s, with small compartments that did not match the contemporary way of living.

The project aimed to create a new space scheme by redesigning it to become a two-bedroom, rather than three-bedroom apartment. Furthermore, the living room was expanded with the tearing down of its dividing wall, and the redesign of the original large bathroom allowed the creation of an en-suite and a shared bathroom. A small service room was integrated as part of the kitchen, where we maintained the traditional chimney and floor tiles, and added a vintage-looking display cabinet.

The colours of the rooms match the apartment’s original construction period and create a comforting environment. The simplification of the room framework allowed for the space to feel more functional and more open to natural lighting, especially in the kitchen.

The former owner’s passion for craftwork combined with architecture and resulted in a contemporary and functional apartment, where comfort and modernity pair up with the tradition and refinement of the “vintage spirit”.