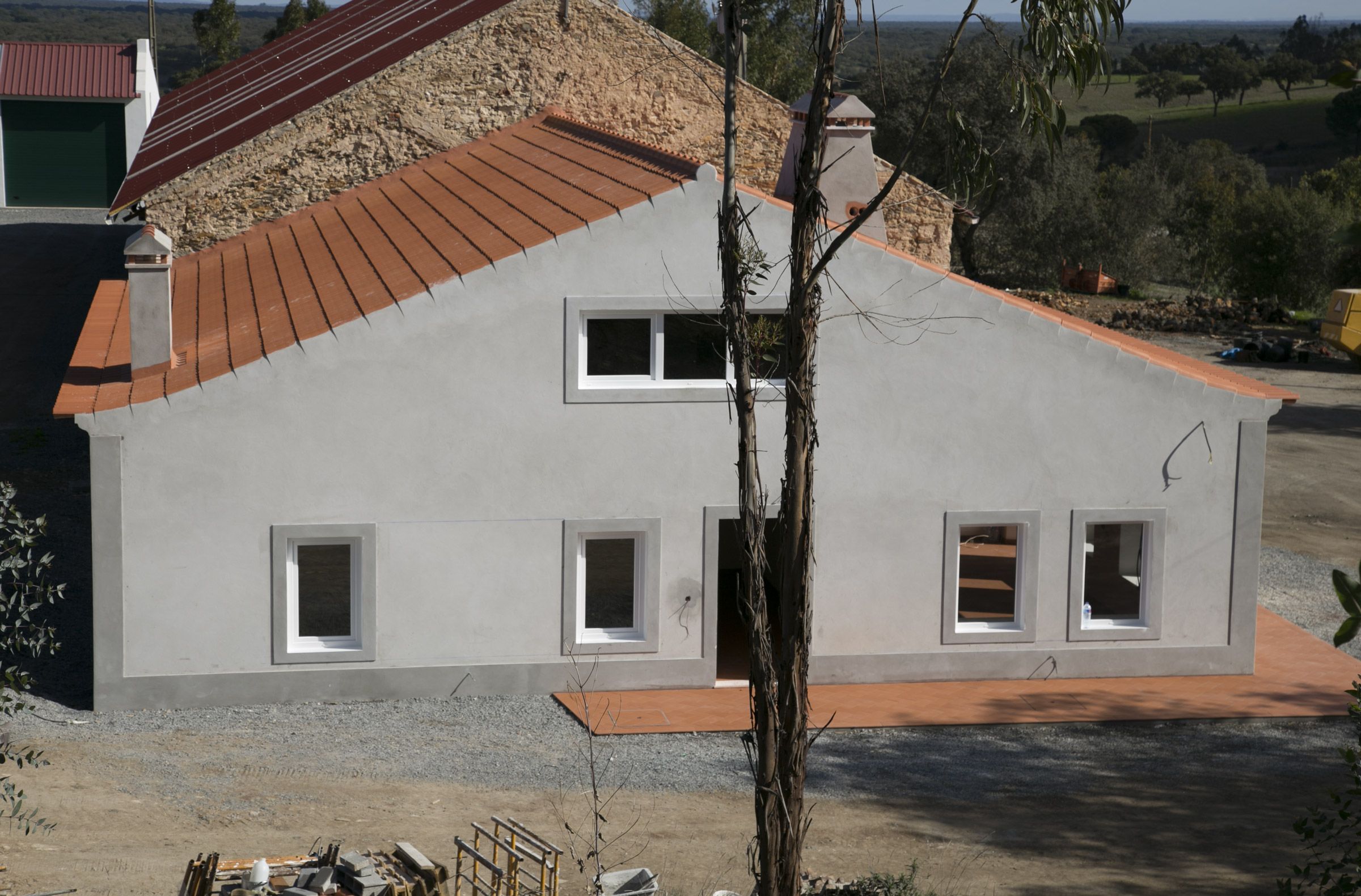 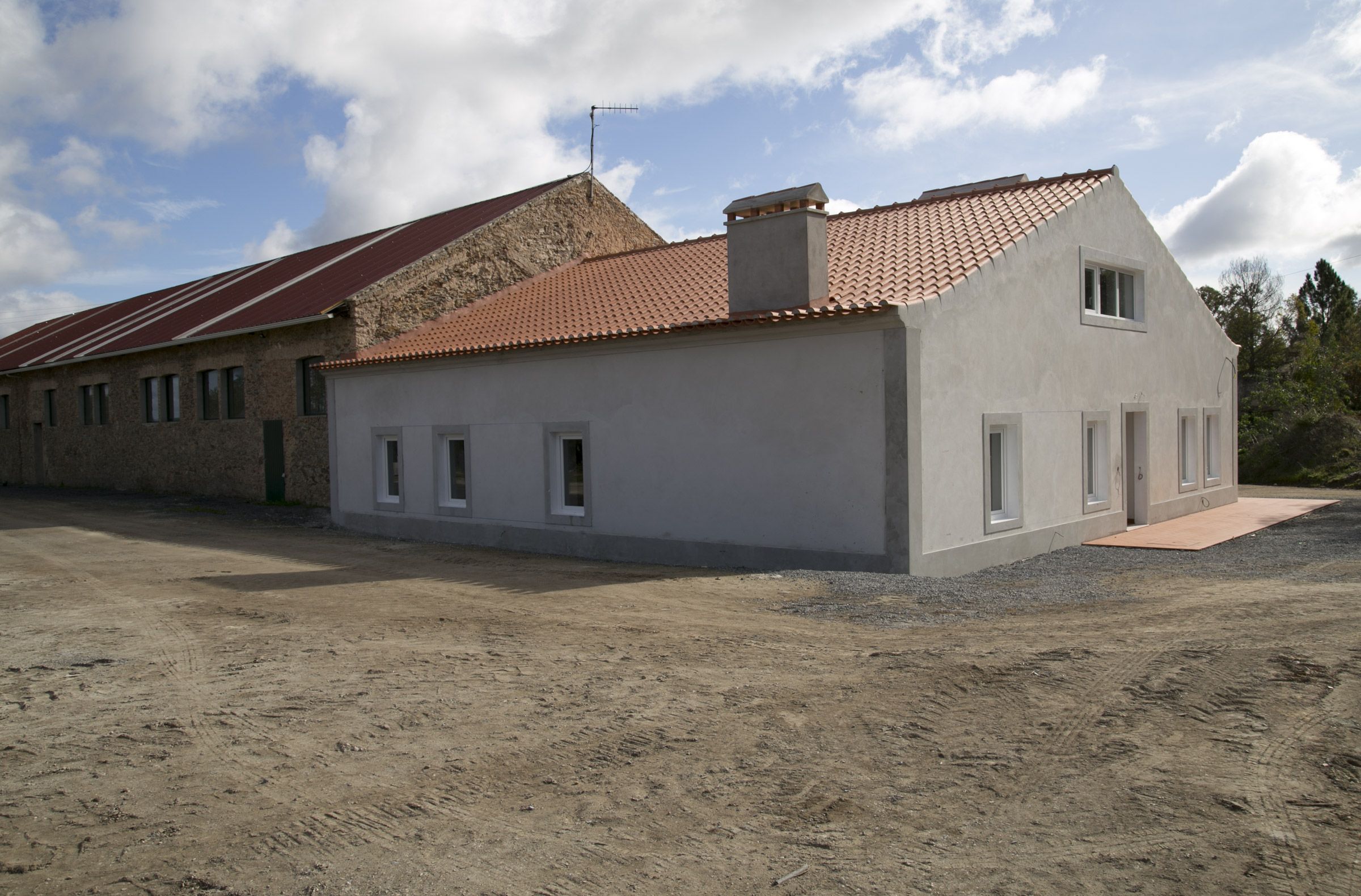 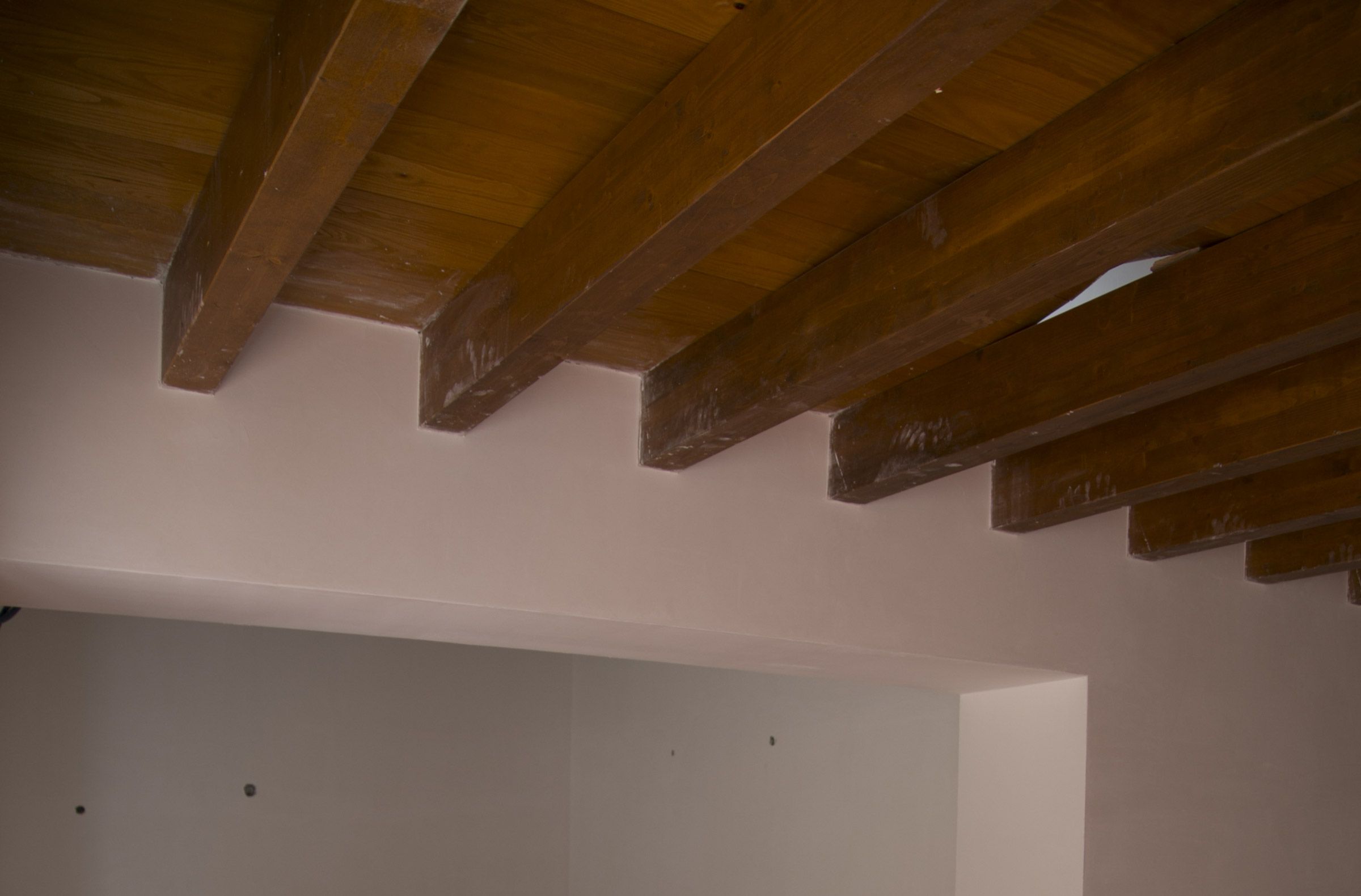 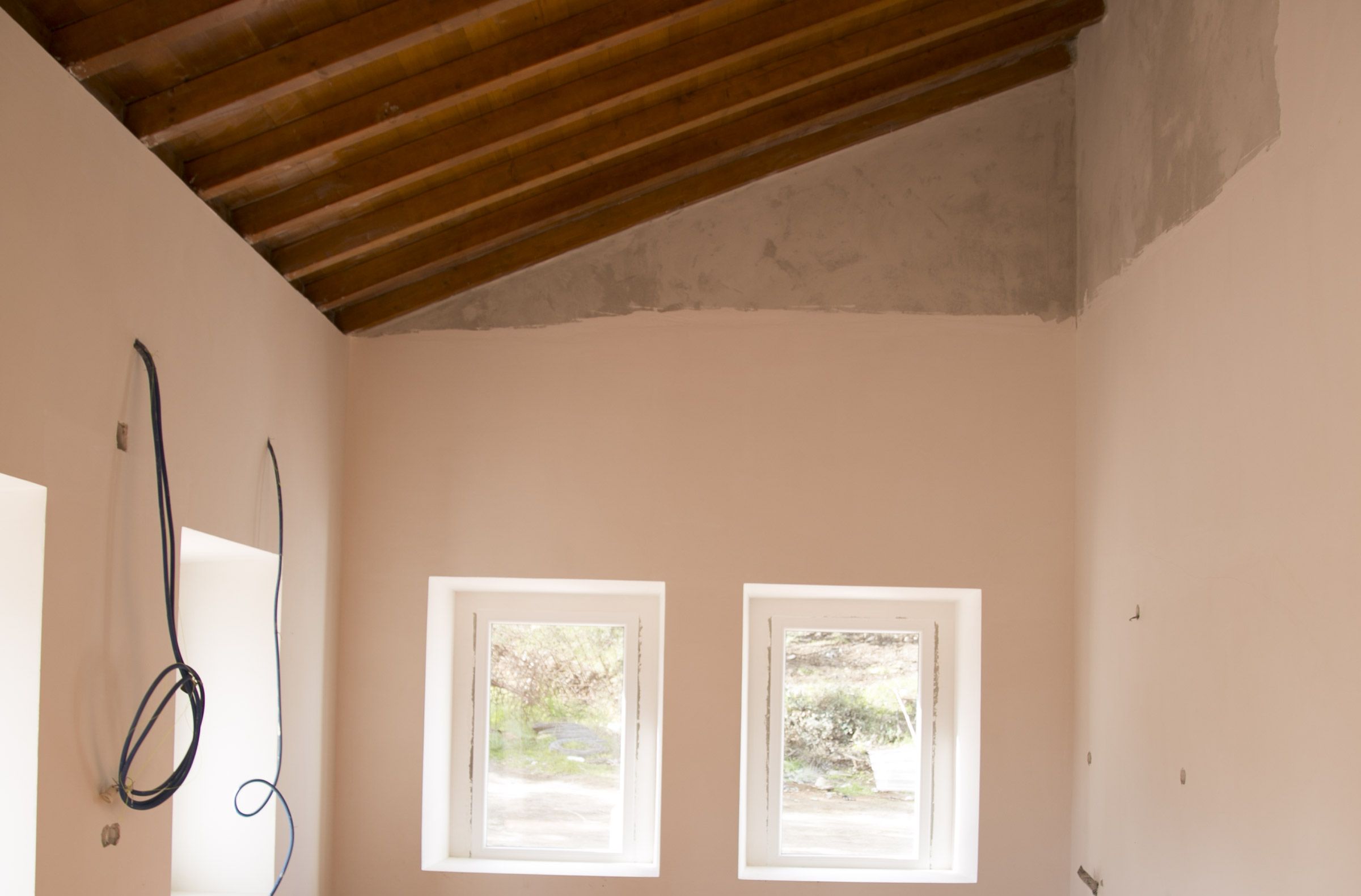 Formerly described as a “ground floor construction designed for office work, housing, storage, and power plant”, this new residence is located in the central area of a property entitled “Minas da Caveira”, a former and deactivated mining extraction zone.

The project remodelled the ground floor space, maintaining its initial functions, and, given the building’s storey height, added an upper floor. From this intervention resulted two independent houses, one two-bedroom a two-bedroom duplex.

The building, which was partially demolished and near collapse, was entirely reconstructed and required preservation works in its interior. Moreover, the project added dividing walls, rebuilt the infrastructure networks and equipment, and altered the interior to adapt it to its new intended functional purposes.

The building’s added storey was built with the same wooden frameworks and traditional construction techniques that were compatible with the building’s original characteristics. The same applied to the new roof.