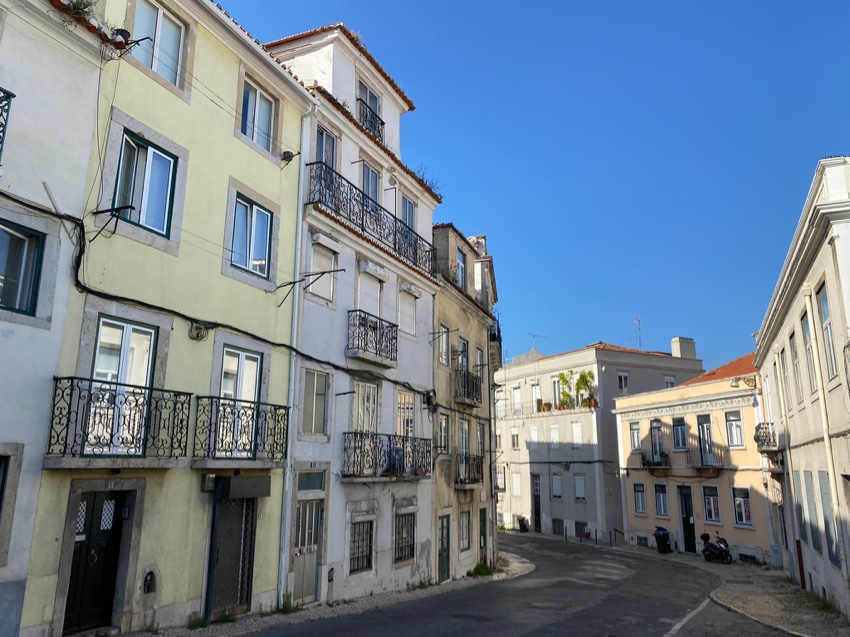 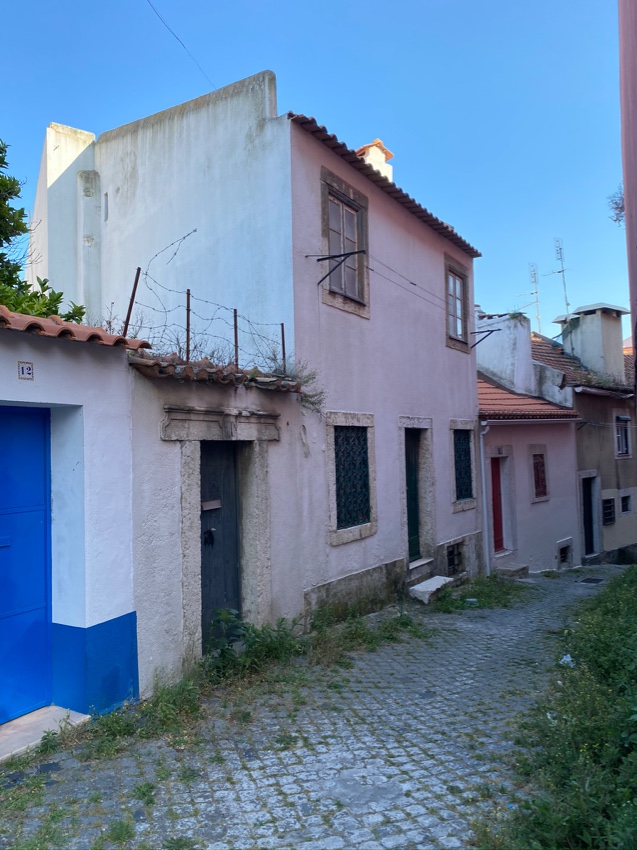 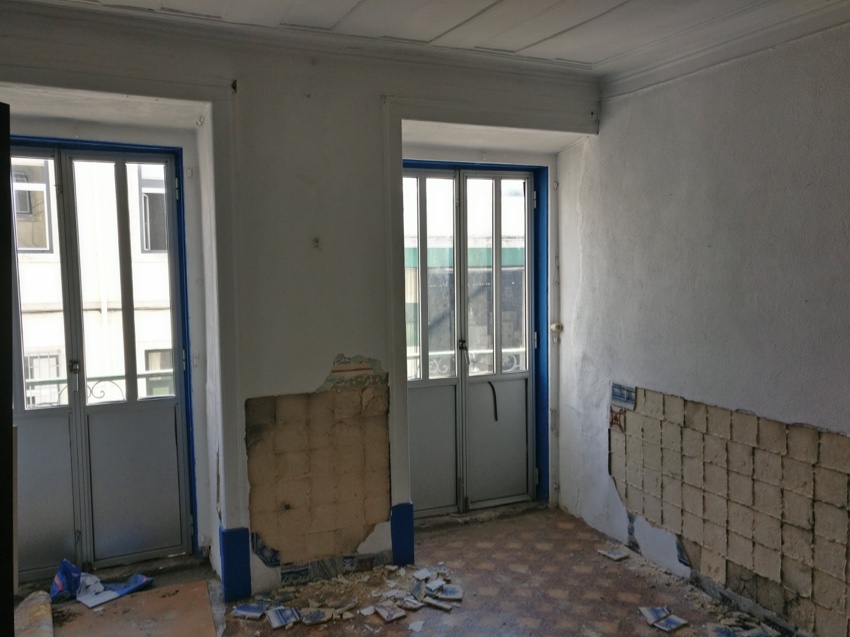 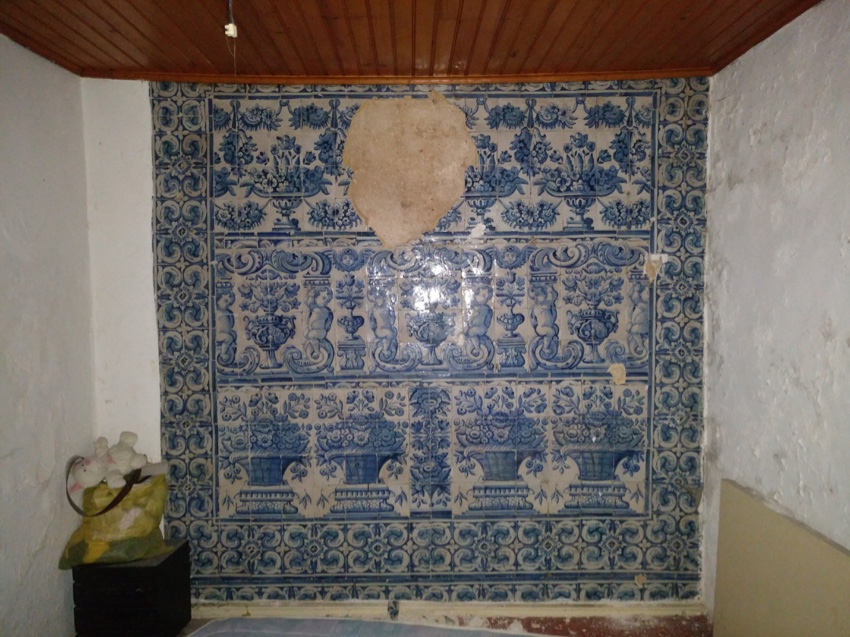 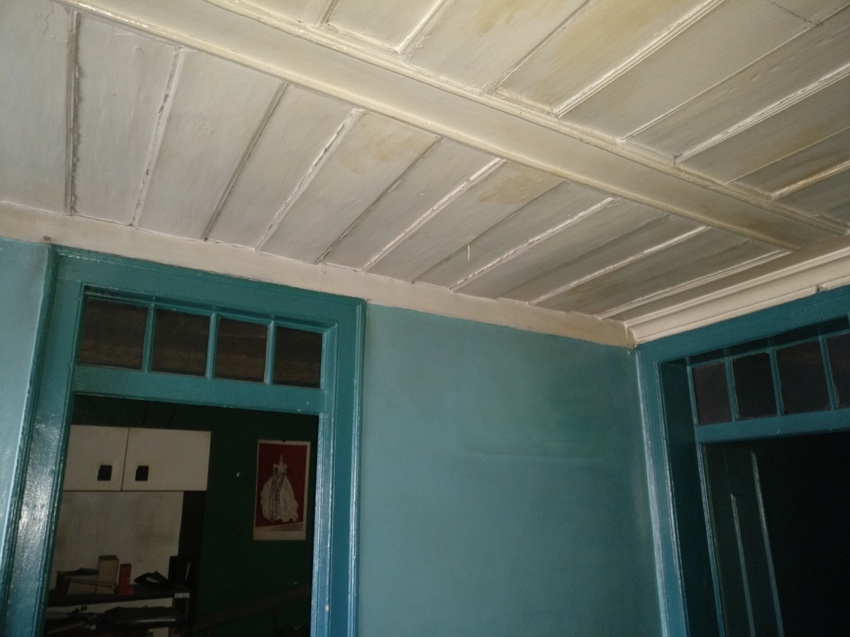 Renovation of housing building in historical area of Lisbon.

Located near the Campo de Santa Clara, known for its street market “Feira da Ladra”, this housing building has two fronts: the main one facing south to the Rua do Mirante is made up of 4 storeys and an attic, while the one facing north to the Beco do Mirante is composed of two storeys and presents a simpler design than its opposite front.

The construction is representative of the post “pombalino” style of architecture, both for its exterior and interior elements.

The building’s lasting vacant state and lack of maintenance have led to its deteriorated state. Moreover, episodes of vandalism have almost entirely robbed it of its interior’s characteristic tile panels. Only two rooms fully lined with tiles remain, but its composition and arrangement suggest they are not the original panels. This project intends to keep all the tiles that remain intact, and bring together all the pieces that might still be able to be restored and reused.

These changes aim to keep the building’s main interior structural walls and flooring, as well as all the exterior walls and roofing. It appears that the building’s wooden structure is in good condition to be kept, although it might come to be fortified through identical constructive techniques and materials. The main façades, however, will require integral remodelling works, while the interior components will need to be entirely substituted with similar solutions, due to their high level of deterioration.